Nothing beats a piping hot cup of Ginger Herbal Tea with Anamu!

Ginger has high levels of Vitamin C, magnesium and other minerals, so therefore a ginger root is extremely beneficial for health. Now, once it is made into tea, you should have this soothing beverage with a distinctive ginger flavor.

But what is ginger and why is it so good for you?

Ginger or more formally known as Zingiber officinale Roscoe, Zingiberaceae. Ginger is a member of a plant family that includes cardamom and turmeric. Its spicy aroma is mainly due to the presence of ketones, especially gingerols. Gingerols appear to be the primary component of ginger studied in much of the health-related scientific research. The rhizome, which is the horizontal stem from which the roots grow, is the main portion of ginger that is consumed.

Ginger’s current name comes from the Middle English “gingivere”, but this spice dates back over 3000 years to the Sanskrit word srngaveram, meaning “horn root,” based on its appearance. In Greek, it was called “ziggiberis”, and in Latin, “zinziberi”. Interestingly to note is that ginger does not grow in the wild and its actual origins are uncertain.

This is one of the most widely consumed dietary condiments on our planet! The oily resin called oleoresin from the 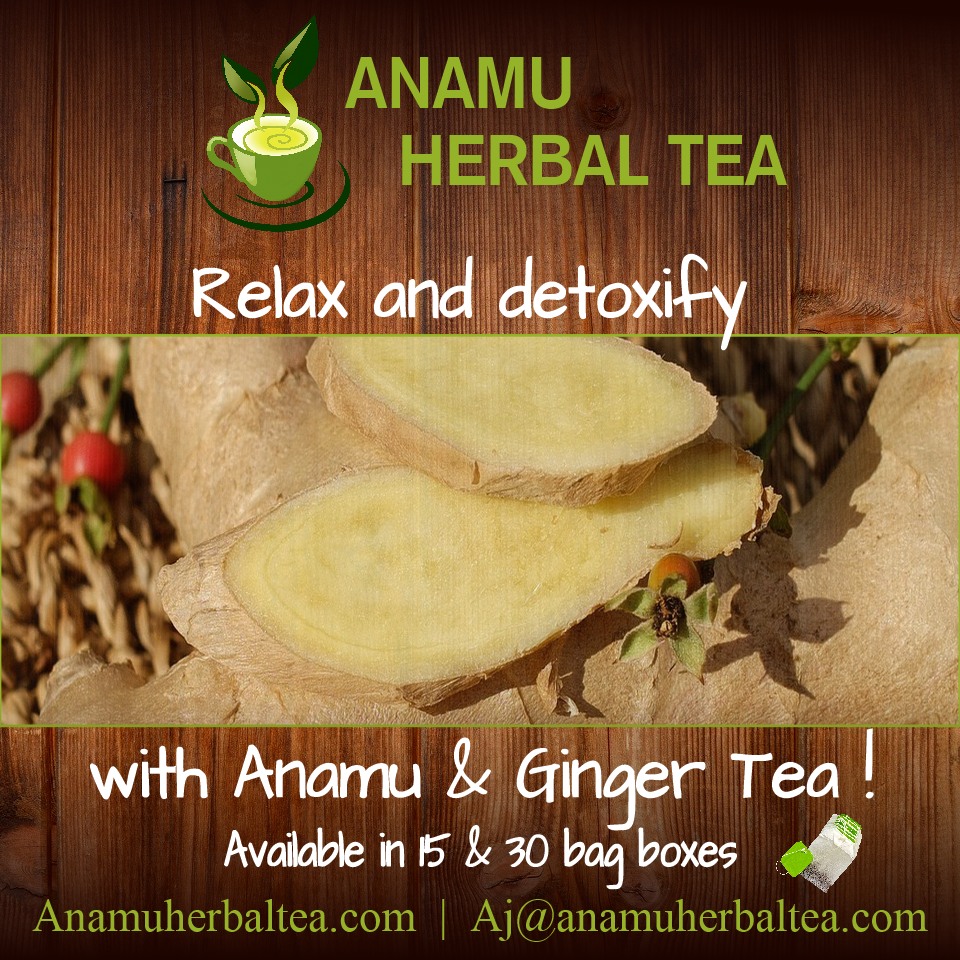 roots of ginger contains many bioactive components. These bioactive components include but are limited to gingerol; hydroxy; methoxyphenyl; and hydroxy with decanone. Okay so those are some really big scientific words but what does it mean? In laymen’s terms, these components are the primary ingredients that can cause a variety of remarkable pharmacological and physiological positive outcomes in some individuals.

With that being said, gingerol is believed to be the most abundant bioactive component of the ginger root by many scientists worldwide.

The primary purpose of this page on our website is to comprehensively examine the available scientific evidence regarding ginger’s proven effectiveness in preventing or treating a variety of pathologic conditions. So let’s take a look at the benefits of having Ginger in your Anamu Herbal Tea!