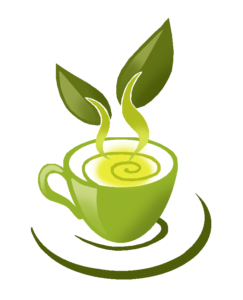 What are the health benefits of Anise Seed?

Anise Seed is also called aniseed or ‘Pimpinella Anisum’, is a plant that is part of the same family as carrots, celery, and parsley. It has found to grow as tall as three feet or one meter. The plant from which the seed comes from produces flowers and a small white fruit known as anise seed. The star-shaped spice originated in south China and possesses a unique flavor which is licorice in nature. The anise seed is also called by the name of ‘chakra Phool’ in India.

Did you know that the Anise Seed is frequently used as an exotic spice in Indian as well as in Chinese cuisines? It’s true – people living in the far east have enjoyed this spice for centuries. The anise seed has a strong, yet delightful fragrance and it is enjoyed during meals when mixed with chicken, seafood and other vegetarian dishes. Anise has a distinct, licorice-like taste and is often used to add flavor to desserts and drinks as well.

Okay, so you know, we use this seed in our tea. But, why? You must be wondering how is this small flower-like fruit is also a storehouse of some key health and wellness ingredients? The star-shaped anise is dried in the sun until it becomes brownish-gray color. After it has dried completely, the seed is ground to a powder or can be used as it is. Well, the drying process helps to activate some of the antioxidants in the anise seed.

Anise Seed is also known for its powerful health-promoting benefits when it acts as a natural remedy for a wide variety of ailments. Now let’s dig in a 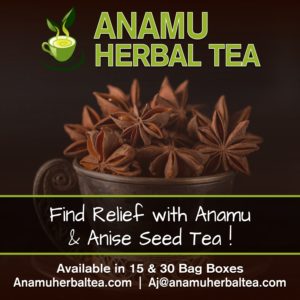 little deeper to that by looking at two additional health-related benefits that are backed by science.

Though anise seed is used in relatively small, it carries a lot of micronutrients in each serving. One particular micronutrient in anise seed is iron. Did you know that iron is vital for the production of healthy blood cells in your body? It is and it found in Anise Seeds!

Anise Seed also contains small amounts of manganese too. This is a key mineral that acts as an antioxidant and is necessary for metabolism and development.

A recent study found that the daily intake of Anise Seeds which equated to 1 tablespoon or 7 grams provided around this amount of micronutrients for an individual consuming it. The information came back from the research as such – 23 Calories for one tablespoon of anise seeds, 1 gram of protein, fat, and fiber for one tablespoon of anise seeds, and 3 grams of carbs per serving of 1 tablespoon. The percentages for the daily intake of specific micronutrients are as follows: Iron: 13%; Manganese: 7%; Calcium: 4%; Magnesium: 3%; Phosphorus: 3%; Potassium: 3%; and Copper: 3%.

The Anamu Herbal Tea Company – the original Anamu Tea provider feels it’s important to note that some of the tea-infused recipes vary on the amounts of Powder Used Per Tea Bag. So, just remember that anise seeds are low in calories but contains a good amount of micronutrients like health beneficial minerals that include but are not limited to iron, manganese, and calcium.

Benefit #2 – Anise Seed can people with some Depression Symptoms

Did you know that depression is a real thing in modern-day people’s lives? Depression, unfortunately, affects many people around the world, some cases are very minor while others are not sadly. Researchers found that this debilitating condition that affects up to 25% of women and 12% of men.
Surprisingly, scientific researchers have done clinical studies that have found that anise seed may help treat depression.

One particular study showed that anise seed extract exhibited powerful antidepressant properties in laboratory mice. Thus, it was as effective as a common prescription medication used to treat depression. This is really good news for those people suffering from depression.

Further, another study of 107 people, taking nearly half of tablespoon or to be more specific 3 grams of anise seed powder three times a day experienced a reduction of symptoms of postpartum depression.

We wanted to share one final scientific study that was done over a 4 week time period. The study had 120 individuals in it. Each person was asked to digest three times a day – an anise oil capsule (200 mg). The results were impressive – it found that this significantly decreased symptoms of mild to moderate depression versus the control group that didn’t receive the anise capsules. So, scientific researchers are finding connections with anise seed may help reduce symptoms of depression. Further, it may be as effective as a potential antidepressant too for some individuals.

Scroll back to top